Panama finished its experience in Russia Panama is finished playing in the 2018 World Cup. It was overtaken by Tunsia, final score 2 to 1.

Panamanians took to the streets before the match Before the match with England, Panamanians in Nizhny took to the streets in support of their team meeting up with the supporters of the English team. Check out the video featuring the goals during Panama’s 2nd game at the World Cup in Russia. A match that lasted 47 minutes With the start of the 2018 World Cup just one month away, Panama prepares for their first shot at the trophy Gianni Infantino, the president of FIFA, will visit Panama on Friday, March 16th, 2018.

Panama National team gears up for the World Cup For the first time in the country’s history, Panama qualified for the World Cup Finals and is part of the 32 nations that will compete for the biggest prize in football, the FIFA World Cup Trophy. October 20th, during a tour of the Barú, district in Chiriquí, President Juan Carlos Varela continued to support his decision to declare Wednesday, October 11th (the day after Panama qualified for the World Cup), a public ... 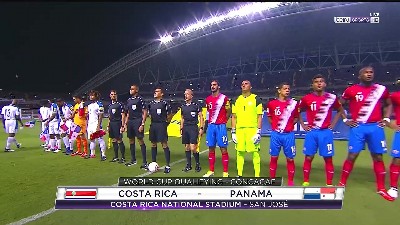 Panama will face off against Costa Rica, Tuesday 10 October at 7:00 p.m. at the Rommel Fernandez stadium in Panama City. The game comes after a ...

An Afternoon at the Movies in Panama

{mosgooglecenter}   Thanks to an undiagnosed case of attention deficit disorder, I was never able to sit through movies unless they offered a bathroom break somewhere in the middle. On the rare occasion that I'd be dragged in to see a film, I preferred to use the ...