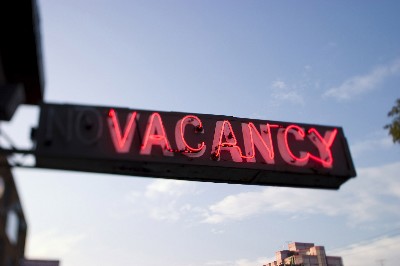 2016 ended with a decline in Panamanian tourism, a trend that continues in the first five months of 2017. While the Comptroller General reports that hotel occupancy in the capital city was 51% in the first quarter of the year, others in the industry estimate this percentage to be lower with hotels using only 40% of their rooms.

The Panamanian Association of Hotels has asked the Comptroller's Office to update its database on the number of rooms in the capital city.

"The Comptroller works with a base of 10 thousand rooms, but the truth is that there are 20 thousand rooms in the capital, so the figures do not reflect the reality of the market," explained hoteliers and tourism operators.

Last year 2.4 million tourists entered the country, a decrease of 4.9% and it is estimated that this trend will continue in 2017. However, only five months in to 2017 there are still no official figures on the movement of travelers this year.

Ernesto Orillac , president of the Panamanian Association of Tour Operators, explained that the current environment reflects several negative factors at play,  these factors include a lack of timely international promotion and the devaluation of the main Latin American currencies against the dollar.

There are reports of cancellations of groups of travelers who had plans to arrive in Panama, but opted for beach destinations in Mexico due to the devaluation of that country's currency against the US currency.

The low occupancy has brought an imminent fall in tariffs. Rooms are can be found for less than $50, when three years ago they were getting over $100.

Lower rates could be attractive for domestic tourism and foreign visitors. However, price can not be synonymous with poor quality in the product being offered.
"Not only has the price per room fallen, but there are tour operators that offer prices below the market to get groups of visitors and in the end  offer a terrible service that affects the image of the country," Orillac said.

The Tourism Authority of Panama expects that in the coming months they will see the results of the international promotion that has been running since last January in markets such as the United States, Canada and in European countries where there are direct connections to  Panama.

Costa Rica consolidated its position as a destination for travelers last year, receiving 10%  more visitors than in 2015. The neighboring country has invested more than 20 million dollars in promotion in the last five years. This strategy, connecting them with the European and Canadian market.