Travel to the Interior Increases 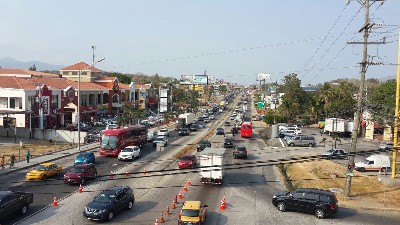 The recent Thousand Polleras parade brought thousands to the town of Las Tablas, an estimated $22.5 million to the region, and a huge increase of traffic traveling to the interior.

Gustavo Him of Panama’s Tourism Authority says, “this year the number of people who have traveled to Las Tablas has surpassed last year’s tourism numbers benefiting both artisans and those offering accommodations.”

According to figures released by the ATP, last year the economic impact the poller parade was 22.5 million dollars. 40 thousand vehicles visited the region and more than 125 thousand people. There was a 100% hotel occupancy. This year the hotel occupancy was also 100%. Traffic through the Coronado area was heavy.

ATP has also reported that rooms are already booked for Carnivales 2017. With a 100% occupancy rate from February 25th to the 28th. The annual event will bring the singer Dagoberto Yin Carrizo to Las Tablas and thousands of people.