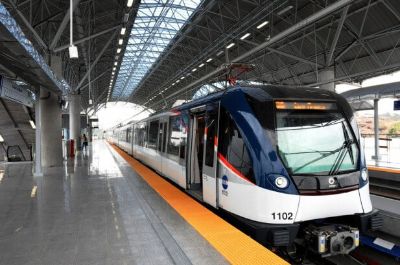 In a press conference on Sunday, September 17th, 2017 the foreign minister of Panama and Chinese chancellor Wang Yi discussed the feasibility a light train connecting Panama City to Chiriqui.

The president spoke again about this subject this past weekend, after a meeting with the Chancellor of China, Wang Yi. Chancellor Wang Yi confirmed China’s interest in the construction of a transport and cargo train to the province of Chiriquí, and committed to a feasibility study, which China would pay for.

The president of the board for the Metro of Panama, Roberto Roy, informed that this study would not take more than a year and would include the type of construction, that is to say, if it will be underground, aerial, stops, capacity, profitability, design, cost and form financing.

Alstom, which manufactures trains, and has supplied Panama with trains for their Metro, is scheduled to carry out the feasibility studies necessary for the construction of a light rail which will connect Metro Line 3 (towards Panama West), with the rest of the country.