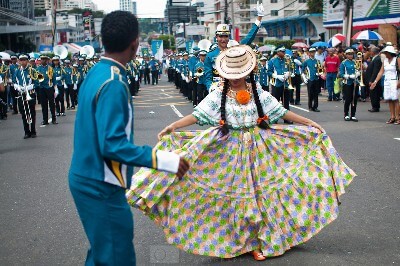 Each year during the month of November, many Panamanians vacation on the Pacific Beaches of Panama for Fiestas Patrias (Panama’s Independence days). The celebratory days are as follows this November 2015:

Expect government offices to be closed and the sale of alcohol prohibited on Novemeber 2.

Yesterday a report issued by the central government anncounced municipal offices will be closed from 2:00 pm on Monday November 2, "Day of the Dead ' as required by Executive Decree No. 574 issued October 28, 2015.Another Executive Decree No. 575 also made October 28, 2015, ordered the closure of the offices of the central and municipal government on Wednesday November 4.

With Tuesday November 3 and Thursday November 5 being national days for the public and private sectors, offices of the central and municipal government of Panama will be closed from Monday, from 2:00 pm until Friday November 6.

Except the closure of businesses on Monday, from 2:00 pm onwards and Wednesday.

Services that will not be effected are as follows: the National Institute of Water and Sewerage (IDAAN), hospitals, clinics, polyclinics, health centers and health units, both the Social Security and the Ministry of Health. Firefighters, Panama Metro staff, SINAPROC, National Immigration Service and the police forces will all be on duty.

To read more about Panama’s Patriotic Month read: Panama's Independence, Separation and its relation to the Panama Canal