Idaan begins operation of 14 wells in the district of Chame 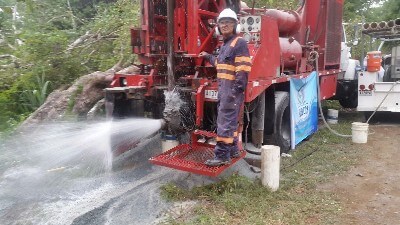 On Tuesday April 12 the director for IDAAN in Panama West, Maximino Quintero confirmed the that the operation of 14 of 17 wells would begin operation, in an effort to increase the water supply for the district of Chame. The region continues to suffer from water shortages.

While these shortages will likely end come the start of rainy season, with the next dry season looming IDAAN is turning to a network of old wells to solve the problem.

Quintero said, that this network of wells has not been used since 2006, after the construction of the water plant. Three of the 17 wells need electrical adjustments in order to start extracting water. Underground wells have the potential to draw anywhere from 25 to 75 gallons of water per minute, which is equivalent to 900,000 gallons per day, the official said.

Quintero admitted that some areas such El Celaje are seeing difficulties as finding water has not been easy. While three wells are required in this area, after digging to 280 feet Idaan could still not find water. Furthermore, due to mechanical damage to the drilling rig, the quest for water has been delayed.