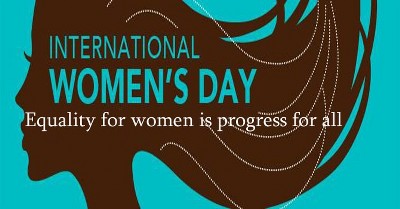 These rights have included,  the right to vote and end discrimination in the workforce, overall it has become a day which aims to foster unity and activism, in an effort to create change and increase equality.

Each year on March 8th thousands of events, rallies and conferences will are held throughout the world to inspire women and to celebrate the  achievements of women throughout history. International Women’s Day is a day in which we can remember that women are still fighting for gender equality all over the world, even here in Panama.  Today important figures in Panama and worldwide are recognizing the importance of women our community, and becoming advocates for gender equality. One such figure is Ruben Blades, multi Grammy awards  winner and possible presidential candidate. Mr Blades, in a manifesto dedicated to women, calls on all the presidents in the Americas and their legislators to listen.

Here’s what he has to say:

March 8th, “International Women’s Day”, was established globally to recognize the importance of women in our lives and their contribution to world’s social development.

But if we really want to support women and their role, I would suggest to the presidents of the America and to the legislative bodies of their governments to consider these recommendations that I respectfully submit:

1. Propose and approve a law to ensure that a woman gets the same salary as man for the same work. There is no rational spiritual, or legal explanation, that justifies wage discrimination.

2. Strengthen the laws that punish domestic abuse and violence against women and create social awareness programs to educate society to stop this violence, which also includes the so-called “bullying” in our educational institutions.

3. Offer more public spaces for women in ministerial positions and governmental entities and ensure their access to a percentage of the posts of choice and internal administration of their respective political parties.

These three points would help to truly acknowledge the contribution of women and to strengthen the future of women as members of our society, supporting their  contributions. They will create more and better opportunities to ensure and increase the possibility of the participation of women, in both social and political worlds.

By implementing these changes we do not limit this day to a symbolic representation called, “International Women’s Day.”

To all women, our respect, recognition and appreciation, every day of our lives.