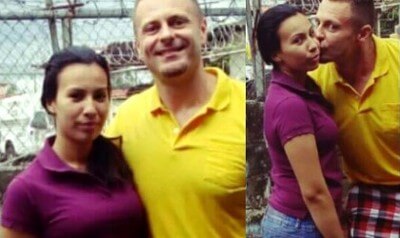 William Datha Holbert, better known as ”Wild Bill”, confirmed that he will be getting married. His future wife, a 21 year old woman from Chiriquí, is allegedly pregnant with his child.

Holbert confirmed there would be a press conference before the wedding, which is to be held in David, where he his currently detained.