Shrimp discovered in Panama named in honor of Pink Floyd 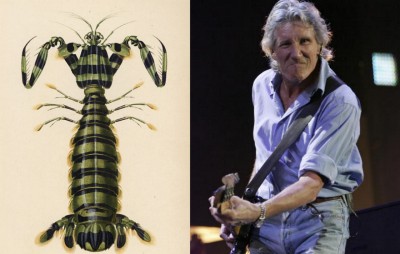 A new species of pistol shrimp was recently discovered in Panama, and has been named in honor of the band Pink Floyd. Synalpheus pinkfloydi, the new species of shrimp with a single pink clamp, was announced on Wednesday April 12th 2017, by zoologists who are clearly Pink Floyd fans.

The researchers from the Oxford University Museum of National History explained their long time vow to name their discovery after the iconic band, saying that they would honor Pink Floyd if a new species of pink shrimp was found.

The shrimp’s pink clamp and the noisy click that it makes, led to the election of its name. The new crustacean is pretty tiny measuring not more than 6.6 millimeters, according to the article that appeared in the magazine Zootaxa. Despite it’s small size, it is able to paralyze and even to kill its prey.

Head of research at the Museum of National History, Sammy De Grave, said:

“I have been listening to Floyd since The Wall was released in 1979, when I was 14 years old.” “The description of this new species of pistol shrimp was the perfect opportunity to finally give a nod to my favorite band the continued.