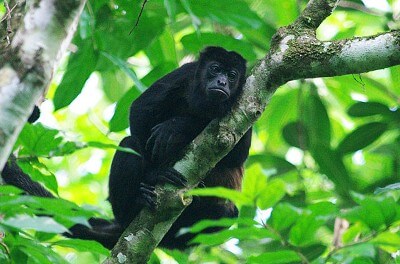 FCPP has carried out population surveys of the two sub-species, the Azuero howler monkey, (Alouatta coibensis trabeata)and the Azuero spider monkey, (Ateles geoffroyi azuerensis), in the Azuero Peninsula, southwestern region of Panama.  Both of these sub-species are threatened by deforestation, poaching, and the illegal animal trade.

FCPP studied the area and covered potential primate habitat in all three provinces in which these primates occur (Herrera, Los Santos and part of Veraguas). The data they collected showed that there are approximately 322 howler groups and 3,092 individuals remaining in the wild in the three provinces.

For the Azuero spider monkey, it was estimated that there are a total of 23 groups with 145 individual remaining in the wild in the three provinces.

The study revealed that populations of both sub-species have been affected by critical conditions, mainly habitat degradation. For this reason the group aims to create and implement conservation methods that will help sustain and increase the population.

The current conservation efforts based on educational methods.