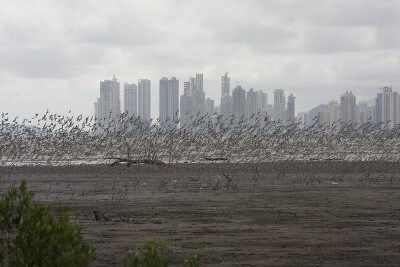 Environmental officials confirmed recently that a conservation plan for the bay of Panama wetlands is has still not completed.

With three months to finished a document that would outline the conservation for the bay, the ministry of Environment for Panama stated that the document would not be finished on-time. The deadline, as established by law, was to be the beginning of 2017.

Marisol Dimas, head of the ministry’s Department of Management of Protected Areas, said that the preparation of the management plan is subject to the signing of an agreement with the Ministry of Health.

Among the projects that were to be developed within the wildlife refuge were, three surveillance centers, a visitor center and an observation center. These areas would draw tourist interested in seeing migratory birds.

Also in the plans were several marked trails and a continued plan for conservation in the area.