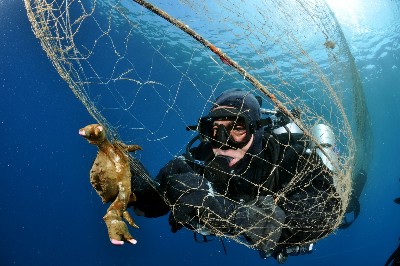 Over 2000 pounds of marine waste was collected off the coasts of Coclé during the Panama Aquatic Resources Authority (ARAP) cleanup which lasted six days.

With the help of local fishermen and Scuba Panama a large number of ghost nets, fishing nets that have been left in the sea, were recovered.

These nets are hard to see in the water and can harm marine animals by entanglement or ingestion.

Community members support the effort by cleaning marine litter on the coastline  in various coastal communities.

Waste was collected in the mangrove and ocean. In addition to nets, among the debris were buoys, plastic tanks, ropes, bottles and PVC pipes.