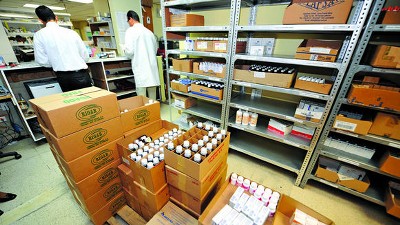 One of the most affected by the drug shortage; patients with blood cancer. These patients in Panama are still missing 8 of the 23 medicines they require for their treatments.

The shortage is the same as that which caused a halt in the work of hematology physicians last September, is being protested by patients in hospitals.While medicines slowly funnel in the country, the insured population suffering from critical, chronic and degenerative diseases have begun to receive some the medicines that control their illnesses, however, some drugs are still not available.

Testimonies of patients and their relatives put the problem in perspective: Their fear, that CSS authorities cannot guarantee a timely and continuous supply of medicines. The reality, that if the medicine is not available it means a return to "the anguish" of being untreated.

CURRENT REALITY
The Executive Director of the Foundation for the Well-Being and Dignity of People Living with HIV / AIDS (Probidsida) , Orlando Quintero, said that they are without four of the five medicines needed to treat triple therapy: kaletra, atripla, ritonavir and raltegravir.

Plinio Cerrud, president of the National Association of Relatives of Patients with Mental Illness, said that although they have some medications such as fluphenazine decanoate, used in the control of schizophrenia, the supply of these drugs is limited.

The president of the Association of Patients and Relatives with Hematologic Diseases, Faustina Diaz, explained that in regard to them, they did not receive all the drugs required to treat patients.

For example, bortezomib and thalidomide, which is used in the treatment of multiple myeloma (bone marrow cancer), are known to be lacking in CSS pharmacies; in addition to other medicines to treat other types of cancer such as: azacitidine, danazol, granisetron, cladribine and low-weight heparin to prevent blood clotting.

In response to the shortages, the national director of Planning of CSS, Sergio Alemán, explained that the CSS began to endorse the first purchase orders of the tender 02-2017, for 240 million dollars, which is expected to supply medicines to the institution for the next three years.

The official pointed out that they have received many medicines, which are already available to patients and are placing orders before the end of the fiscal year, in order to avoid a future shortage in the entity.

Finally, the planning director argued that in addition to this year's tender, they are issuing purchase orders for the public events that took place inside the entity during the past year 2015 and that they suffered delays.