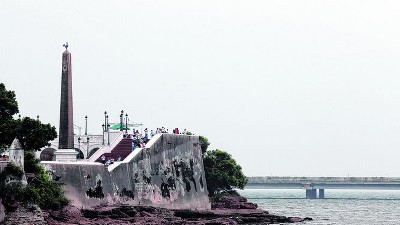 Panama has proposed that United Nations Educational, Scientific and Cultural Organization (Unesco ) declare the monumental complex in Casco Viejo a world heritage site, as it stands to be affected their stage of construction on the cinta costera.

Panama has sent (Unesco), a drafted proposal asking them to “rescue” monumental complex, the official document “Transitstmica Colonial Route in Panama” will be delivered in February 2018. A response from the organization will not be issued until July 2019.

The new nomination comprises in its totality several components, within which are the fortifications of the Panamanian Caribbean: Portobelo and San Lorenzo, as well as the Old Town of the city of Panama and the archaeological sites in Casco. In addition, new components are incorporated, including Camino de Cruces and Camino Real.

One of the representatives of the Latin American department of the World Heritage Center of Unesco, César Moreno-Triana, told La Prensa that Unesco considers the proposal "very interesting".

What is the situation of the monumental complex in Casco at this moment?
The site continues to remain on the list of the world heritage of humanity. It has not changed its status, even though the World Heritage Committee has argued on several occasions that, if a substantial modification takes place, the initial nomination does not apply.

The Committee considered that the three tear project adversely affected the universal value of the site. In particular, it harmed the relation of the historical site with the sea. The Unesco Committee determined that it was important to re-evaluate the enrollment criteria and thus Panama was asked to come up with a new proposal that would take these changes into account.

What are the details of the proposal sent by Panama?
Panama’s proposal is distinct from the initial one, it has reassesses the orientation of the property, in relation to the criteria proposed by Unesco for registration in the category of universal heritage. It is a long-term project that describes a series of components of the site in question but not focusing on the value of the site itself, but rather as a connection between the Caribbean and the Pacific.

The new proposal looks at the area in a different light, not as the heritage site left from the colonial era, but as a path to the creation of the Panama Canal. This is a total approach and an interesting analysis on the routes that lead to the connection of the Caribbean with the Pacific.

What is the opinion of Unesco on the new nomination of the Colonial Trans-Isthmus of Panama?
“The new project surpasses and improves the old inscription as universal patrimony. From Unesco we consider it a very interesting proposal.”