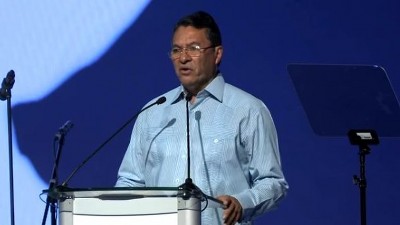 The Mayor of Los Santos, Eudocio Pérez is currently under house arrest after his arrest and a raid on his offices. Pérez, who is also the first deputy secretary of the Democratic Revolutionary Party (PRD), was arrested on Sunday night in Panama City.

The operation referred to as “El Gallero” The cockfighter, was carried out jointly by the National Police (PN) and personnel of the Judicial Investigation Directorate (DIJ).

The Attorney General of the Nation, Kenia Purcell gave a press conference offering details of the operation.

Perez was arrested on Monday along with 10 others in the anti-drug investigation after being accused of belonging to an alleged international drug trafficking network. Others arrested include the mayor’s assistant Eduardo Vásquez,  Ernesto Bowen, Manuel Domínguez Salazar and Roxana Norato.
The judge also ordered the provisional arrest and suspension from office of National Police major Luis Alvarez and police officer Manuel Esteban Salazar,

The arrest and detention of Manuel Domínguez Walker, presumed leader of the network; Alberto Chávez, coordinator and Andrés Enrique Moreno and José Villarrea.