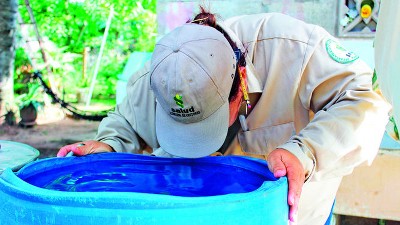 The Epidemiological Surveillance System of the Ministry of Health (Minsa) reported 2,375 cases of dengue in the country, Sunday 17 of September of 2017.

At the start of rainy season, Minsa launched a prevention campaign called "Take care of your health. Eliminate mosquito breeding", with the purpose of calling the population on the importance of eliminating Aedes aegypti mosquitoes, and eliminating diseases such as dengue, zika (346 cases reported) and chikungunya (34 cases reported).

Along with this campaign, Minsa urged citizens to avoid sanctions for having mosquito breeding in their homes, with fines ranging from $ 20 to $ 100.

Despite these efforts, the head of Health, Miguel Mayo projects more cases of dengue than reported last year.