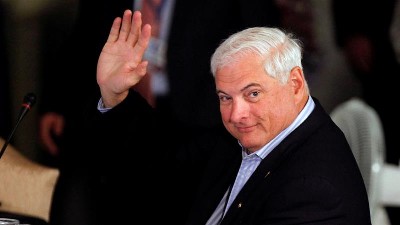 It's not clear when a federal judge will rule on the extradition request, but it has been confirmed that the U.S. State Department will make the final decision.

Judge Torres denied bail for the former president, despite the fact that he has twice been willing to deposit a million dollar bail, stay in his home, wear an electronic bracelet and deliver custody of his private plane.

Martinelli has already had one extradition hearing.

August 3rd, 2017, Judge Torres announced a recess to “further examine the application of the convention of cyber crime” one which one of the agreements on which the request for extradition was made by Panama to the United States was based.

Martinelli will appear in court facing charges of unauthorized interception of communications from the National Security Council in the last two years of his term. While Judge Torres accepted a request for the transfer of Martinelli the defense, who had requested the transfer, said Martinelli would stay where he was, at the Federal Detention Center. This decision was made after the team learned that their client could be "segregated" from the rest of the prison population.

Martinelli’s defense argues that the convention being used to decide on extradition was adopted after the crimes of which he is being accused. U.S. prosecutors say Panama's request is proper and the treaty does apply.

Recently La Prensa reported on what a day in the life of Panama's ex-president would look like. The article read:

The day starts at 6:00 a.m., when breakfast is served  (except on Saturdays, Sundays and holidays, when it is served at 7:00 a.m.). Inmates beds should be made and the cell cleaned for the 7:30 a.m. inspection, this inspection is done with all the lights on.

After the inspections, the inmates (a total of 1,184) may lay in bed, but the bed should always be made. Everything is explained in the so-called Manual of admission and orientation for new inmates. Lunch is served at 11:00 a.m. and dinner at 5:00 p.m.

The meals are prepared by convicted prisoners, chosen to work and serve their sentence at this facility. It is explained in the manual why prisoners should not waste anything: "The more you spend on replacing glasses, plates, etc., the less you have to spend on special products like ice, ice cream, and meat."

During the day there are four headcounts. At the last two headcounts, inmates should be standing at the door of their cell, properly uniformed. Lights are turned off at 10:00 p.m. The showers area, which is a communal area, has a fixed schedule: from 6:00 a.m. to 7:30 a.m., and then open again from 3:00 p.m. When he entered the center, Martinelli  must have received the khaki prisoner's uniform, bedding (a blanket, a pillow with a blanket and two sheets), four towels (two large and two small) and two laundry bags, with his "Registration number", which is the one that will identify him while in federal custody.

When he entered the center, Martinelli  must have received the khaki prisoner's uniform, bedding (a blanket, a pillow with a blanket and two sheets), four towels (two large and two small) and two laundry bags, with his "Registration number", which is the one that will identify him while in federal custody.