Panama breaks ties with Taiwan in favor of China 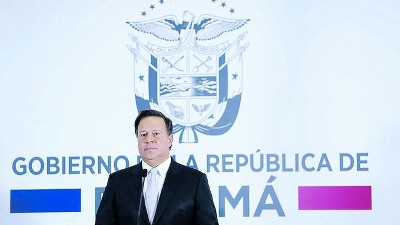 President Juan Carlos Varela announced that Panama would recognize China as a diplomatic ally in a televised statement Monday, June 12th, 2017. The same day the Vice-Minister of External Relations, Luis Miguel Hincapie, announced the break in diplomatic relations with Taiwan.

The announcement comes as Beijing escalates it’s efforts to isolate the island internationally, following last year’s election of President Tsai Ing-wen. Tsai, resistance against the idea that there is only “one China”, encompassing the mainland and the island of Taiwan, reacted angrily to Panama’s decision to shift diplomatic ties to China.

Panama is the second country to break with Taiwan since Tsai’s election last year. For the first time in eight years, Taiwan was not invited to the annual assembly of the World Health Organization that took place in May, a decision that Beijing reportedly insisted upon.

Meanwhile, the Ministry of Foreign Affairs announced that China pledged to receive all Panamanian students who are currently on scholarships in Taiwan. Taiwan has offered a number of Panamanian students the opportunity to obtain a secondary education in the country.

The statement issued by the Foreign Ministry read:  “Following the establishment of diplomatic relations between the Republic of Panama and the People's Republic of China, it has committed itself to receiving all the Panamanian students who are currently scholarships in Taiwan.”