Banapiña to bring back banana production in Chiriquí 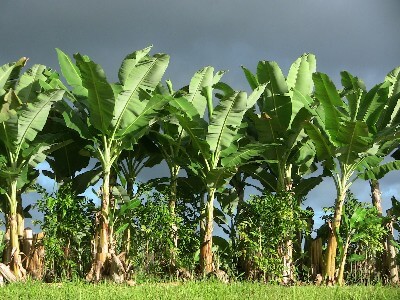 President Juan Carlos Varela, announced Thursday May 25th that Banapiña , a subsidiary of Del Monte, will revive banana production in Barú, Chiriquí. With an investment of $ 100 million, the work will generate thousands of jobs in the region.

1,200 banana farmers will rent each hectare for $7,500, for up to 40 years, to the company Banapiña. It is expected that there will be a production of 900 hectares of bananas per year, with an average annual productivity of 2275 boxes of fruit per hectare.

30 buses of banana workers and residents of Puerto Armuelles, were brought in  to the Glorias Deportivas Baruenses stadium, to attend the signing of the contract.  Local, provincial and government authorities also attended.

The agreement is for for 20 years and can be extended.  It establishes a banana revival plan, which includes the leasing of the land.

Isaias Bonilla, a representative of the Rodolfo Aguilar Delgado Association of Agricultural Producers (lacque), said that when the National Assembly discussed the draft law, about 790 farmers were willing to rent or sell their land based on the projected revenue.

Several groups are oppose to the contract law, including 790 former workers from Coosemupar, Iacque, the Multiple Services Agricultural and Artisan Producers Union, and the Association of Producer from Baru, however, these groups have occupied the lands since 1997 without having property titles. Due to this they will have 18 months to vacate the lands from May 25th 2017 when the Government and the company signed the contract.

If an agreement between those oppose to the contract law is not reached before Banapiña begins to develop its production, we can expect public demonstrations and lawsuits.