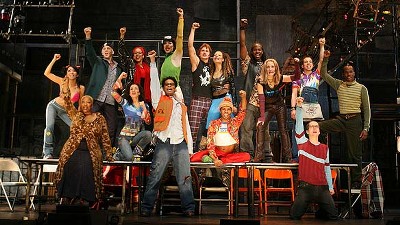 The popular musical Rent will play at Teatro La Plaza, in Panama City from July 13 to 30. The musical that tells the story of group of friends residing in the East Village of New York, between the 1980s and 1990s is  produced by Diana Abouganem.

Diana Abouganem has also produced other emblematic titles like the phantom of the opera , Evita And The Fidler on the Roof, in Panama.

Rent speaks of tolerance, of equality, of accepting ourselves as we are and accepting those around us, of celebrating life and love, against all adversity, regardless of anything else. "It was not until recently, long after we decided that we were going to take the project to the stage, that I realized that I am directing this work as my contribution to the conversation that is taking place in Panama. Not only do I mean the rights of LGBT people (lesbian, gay, bisexual and transgender). I also refer to the economic disparities that exist in our society, "says director Andrés Holder.