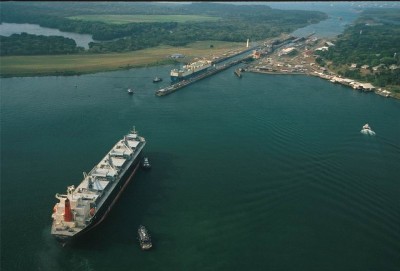 In February 2017, The Panama Canal set a new daily tonnage record of 1.18 million tonnes, with a total of 1,180 vessels traveling through both the expanded and original locks.

The previous record was established in January 2017 when the canal recorded a daily tonnage average of 1.16 PC/UMS.

February was the third-consecutive record-breaking month for the Panama Canal.

Panama Canal administrator Jorge L. Quijano said “these records are evidence of the maritime industry’s growing adoption of the expanded canal.” “As the new lane continues to reshape global maritime trade and its true impact becoming more and more apparent, we will continue to offer new growth opportunities to our customers and cargo destinations around the world” he continued.

Eight months since the inauguration of the new locks on the Panama Canal, approximately 850 neo-panamax vessels have transited through the canal.

In April 2017, the first neo-panamax cruise ship, capable of carrying up to 4,000 passengers, will transit the new locks.