Suspect in the Murder of Catherine Johannet 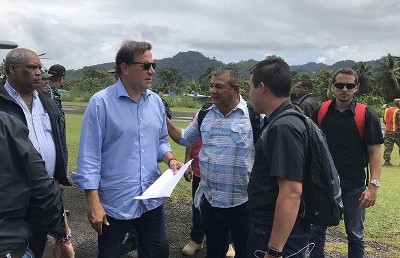 President Juan Carlos Varela was in Bocas del Toro March 9th 2017 for a meeting with local authorities regarding the Catherine Johannet case.

Following the meeting the president announced there was a suspect for the murder of the young North American tourist that occured in February of this year.

The announcement comes after DNA testing to residents of Bastimentos Island, where Johannet’s body was found, along with police raids on the Island. Earlier in the day the National Police announced a $50,000 reward for information leading to an arrest.