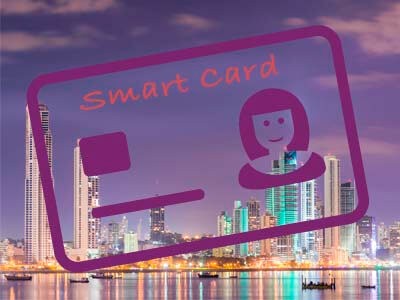 The Electoral Tribunal (TE) will issue 20,000 “smart cards” starting July 2017 as a pilot plan for Panama’s new and improved cedula.

The smart card aims to be not only a personal identity card, but also a Metro pass, Bank card, Social Security card among other things.

Using a built-in chip the pilot smart card should alleviate the hassle of carrying multiple cards. However, it is unclear when the infrastructure to support the card will be complete.

"The first cedulas will be released in month of July of this year, then the contractor (creating the cards) has a term of six months, to install the equipment and applications,”explained Valdés Escoffery TE magistrate.

The 20,000 cards will be issued to TE officials, their families and any citizen who wants to participate in this initiative.

The current cedulas cost the TE $ 1.54, while the new smart cards will have an estimated cost of just under $ 3.00. The project is costing Panama $ 119,999 and includes one year of support for preventive and corrective maintenance. At this point it is not decided whether the TE will foot the bill for the increase in cost or citizens will be expected to pay more for the smart card.