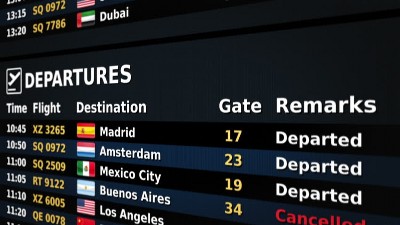 The punctuality ranking, an analysis of 54 million trips, was carried out by the Official Airline Guide (OAG) this year. Copa received a punctuality rating of 88.75%, Hawaiian Airlines surpassed Copa only a bit more than a percentage with a rating of 89.97%.

According to OAG’s calculations, after Hawaiian Airlines and Copa Airlines, the next three most punctual airlines during the past year were: KLM (87.89%); Qantas (87.56%) and Japan Airlines (86.74%).