Children killed by pick-up in Aguaducle 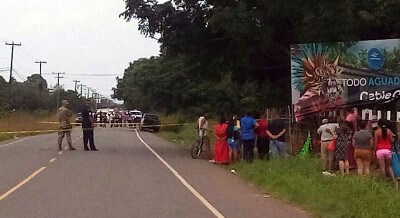 Two Children age 9 and 12 were killed in a tragic accident in the afternoon, Wednesday December 14th on Calle Alejandro Tapia in Aguadulce.

The accident makes 42 traffic fatalities in the province of Cocle along, and is currently under investigation.

The driver was driving a pick-up truck when they stuck three children walking along the road, according to police. The third child was a 15-year-old who was seriously injured. The surviving child is been treated at Rafael Estevez Hospital.