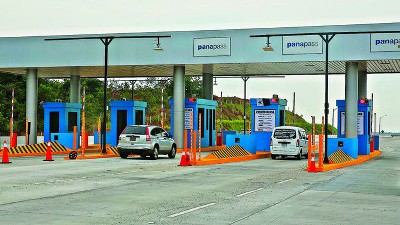 The National Motorway Company (ENA) reported that about 2 million drivers use the corridors weekly.

In order to help people get to where they need to be over the holidays, The Cabinet Council has approved a proposal for the North and South Corridors to be free to the public during several holidays.

The dates the corridors will be free are December 7th (the day before Mother's Day) the 23rd, and 24th.

In addition to allowing people to use the corridors on these dates for free parts of the Pan-American Highway will have three lanes of traffic flowing in the same direction during certain times of the day on weekdays. Further measures include government offices working on different hours to reduce rush hour traffic. These measures will extend until December 30th.