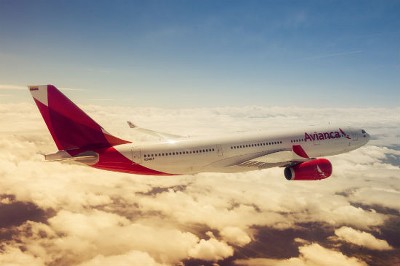 The brothers also control Avianca Brazil, a separate airline through a private company.

Other industry giants, including Delta Air Lines Inc. and United Continental Holdings Inc., have also shown interest in the bid. Both carriers submitted non-binding offers for a minority stake in Avianca Holdings, earlier this year.  According to an article published by La Prensa, Avianca Holdings could offer it’s bidders an entry point into markets like Colombia, Peru, Costa Rica and Ecuador. “A consolidated brand and the route network, would offer Delta or United a way to venture into South America and compete with American Airlines Group Inc.”

Michael Boyd, an aviation consultant with the BoydGroup International said “you want to get a part of the business when things take a turn” […] he continued to explain that when a major operator travels from north to south like American Airlines and there is an opportunity for this route to be exploited by another operator, it makes sense to stay in competition, to “open your mantle.”

When asked about the bid Delta and Avianca declined to comment. United and Copa did not respond to requests for comment.

Avianca has a market value of $ 851.1 million and carried 61% of the more than 15 million passengers traveling to and from Colombia by air as of July 2016.

The agreement would also give the winning bidder the opportunity to forge an alliance with Avianca Brazil, that controls about 11% of the Brazilian market. However, as the South American country continues to feel the affects of what has been called their longest recession in over a century, the aviation industry also suffers. This would mean the bidder could be taking a significant risk entering into this market. According to Brazil’s aviation agency the year from July 2015 to July 2016, saw 51.8 million passengers traveling on flights from Brazil, this is 8.4 precent less passengers compared to the same period the year before.

That is not to be said that Brazil and the rest of the Latin American market do not offer lucrative long-term opportunity for prospective airlines. Certain areas of the region are difficult to navigate and many remote towns are not easily accessible by road. By involving partners with knowledge on the best routes between these remote areas and urban centers like São Paulo or Bogotá could allow international operators access to an influx of new passengers each year. However, an agreement with the Colombian Avianca Holdings, would not guarantee entry into Brazil.

While the Efromovich brothers have tried to combine both companies, Avianca Colombia and Avianca Brazil, their attempts have been unsuccessful. According to a report by Bloomberg news their proposal was rejected due to the Colombian operator being in better condition than the Brazilian counterpart. Despite this, the brothers claim that they have not abandoned the plan to consolidate the two Avianca carriers.