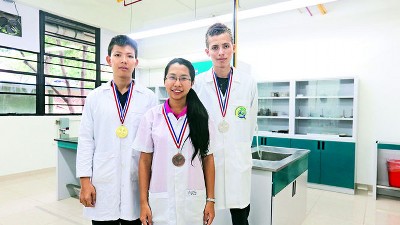 The 19 competitors who attended the Central American and Caribbean Chemistry Olympiad that came to an end on August 1st 2016 were from Costa Rica, Cuba, El Salvador, Guatemala and Panama and between the ages of 16 and 17 years old.

The country plans to send the same delegation to compete in the Latin American Chemistry Olympiad to be held in September in Teresina, Brazil.