Addressing the vulnerability of seniors 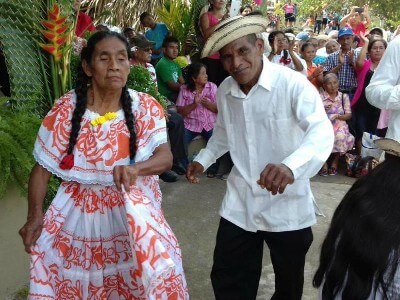 Panama’s Counseling Center for Comprehensive Care (COAI), a department of the The Ministry of Social Development (Mides), reported that between January and June 2016 they received 236 complaints of negligence or mistreatment from seniors.

Director of COAI, Nira Atencio, expressed concern with these figures as they reflect the vulnerability of Panama’s aging population.

In an article published by La Prensa, Atencio added "the neglect increases when the elderly is dependent, ie, does not have an income; is when the emotional relationship between children and their parents is inadequate," in this way children do not feel the moral commitment to give them the care they need.

According to Mides authorities, between 9.2% and 10.6% of Panama’s population is currently over 60 years of age. By 2050 this percentage is expected to rise to anywhere between 14% and 24%. solutions.

In order to protect Panama’s aging population, President Juan Carlos Varela has passed Law 36, a which establishes rules for the comprehensive protection of the rights of the elderly (Panamanian and foreign residents over the ages of 60 years old).

In accordance with new legislation, elderly people have the right to live in their own homes and retain ownership their property, stay within the family unit and maintain personal relationships. The law aims to bring attention and guidelines surrounding the placement of elderly people in care institutions.

In regards to events, 10% of general admission tickets to events will be reserved for adults age 65 over until 15 minutes prior to the event.

The new legislation speaks to the responsibilities of the state in the treatment of the country’s aging population. It states that country is responsible for competent institutions, health services for the elderly, specifically in the the areas of promotion, prevention, treatment and palliative care. Furthermore, that the country is responsible for providing financial resources to improve the overall care environment including the improvement of geriatric training aimed at doctors, nurses and auxiliaries.

According to a statement issued by the Panamanian government, The Ministry of Labor and Workforce Development will aim to create policies that benefit the aging workforce include incentive programs to employ elderly people in the public and private sector.

The National Institute of Vocational Training for Human Development will aid in the creation of programs aimed at the elderly and elderly with disabilities.

The National Institute of Culture, will work to develop of programs that promote the intellectual, cultural and recreational programs for the elderly.

The Ministry of Housing and Land Management, will work to facilitate the access to public, commercial, service or entertainment establishments for the elderly.

The Panamanian Institute of Sports,will promote recreational, sports and tourist programs for the elderly.

The Law will come into effect on October 1 the day following National Senior’s Day.