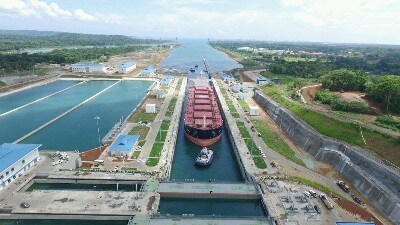 The recent trial runs aim to offer Panama Canal workers an opportunity to test and prepare for the upcoming start to commercial operations.

Commercial trips begin on June 27 with Cosco shipping Panama, the first commercial vessel to begin using the new “neopanamax” locks on either ends of the canal.

COSCO will arrive after a 14 day voyage just in time for the inaugural ceremony on June 26th. Cosco Shipping Panama, originally named Andronikos, was renamed by the Chinese shipping company Cosco Shipping in honor of the inaugural transit through the expanded Canal and 48.25 meters wide  and 299.98 meters long.

20,000 tickets, in addition to formal invitations to heads of states, have been given out for the upcoming opening ceremonies. The celebrations will cost upward of $4 million dollars, which includes a state dinner that will cost over $1,500 per guest.