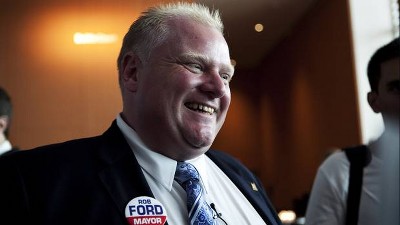 Rob Ford, Toronto Councillor  and ex-mayor, died today Tuesday March 22 at the young age of 46. Ford battled cancer for 18 months before passing. Official word of his death came through a statement from his office. “With heavy hearts and profound sadness,” it read,

“the Ford family announces the passing of their beloved son, brother, husband, and father, Councillor Rob Ford earlier today … A dedicated man of the people, Councillor Ford spent his life serving the citizens of Toronto.”

Canadian Prime Minister Justin Trudeau offered his support to Mr. Ford’s family after his passing in a statement made at the House of Commons.  He said “My heart goes out to his wife Renata and his two young children. Our thoughts are with the entire Ford family at this difficult time.”