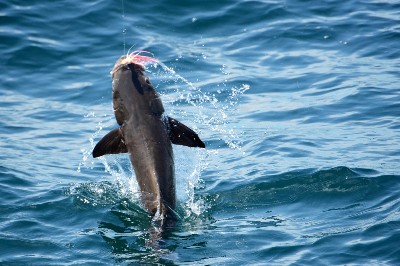 Scientists from the Smithsonian institute in Panama have issued alert, as an invasive fish called cobia continues to spreads in the Central and Eastern Pacific Ocean.

Cobia is a common species in the world's oceans that was not found in Central and Eastern Pacific regions up until recently when a population of baby fish escaped from their offshore farming habitat in Ecuador.

Following the incident, Coiba have been reported off the Colombian and Panamanian Pacific coast, a clear indication of their rapid repopulation. Smithsonian Scientists explain that since Cobia are voracious carnivores, they could have far-reaching effects on fisheries and marine ecology in the Eastern Pacific. D. Ross Robertson, staff scientist at the Smithsonian Tropical Research Institute was quoted saying, "The havoc caused by invasive Indo-Pacific lionfish throughout the Caribbean provides a compelling lesson about the strong adverse effects that alien marine fish can have on native ecosystems" in an article on the topic published in Digital Journal.

A couple of the major concerns are that cobia feed on crab, squid and fish, and adapt quickly to different water temperatures and salinity. While the smithsonian’s concern is likely valid, little has been said about what can actually be done to stop the invasion. Looking to the case of the lionfish, which was released off the coast of Florida over 10 years ago and continues to be a prevalent invasive species, there is likely very little that can be done about the cobia invasion.