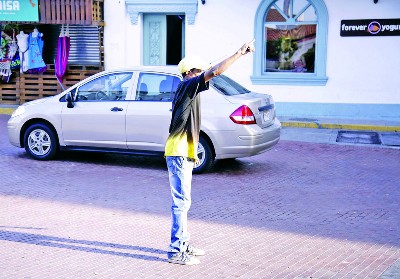 As of March 1 the Mayor of Panama City, Jose Blandon, will restrict people from the activity of parking and caring for cars in Casco Viejo.

Municipal authorities of Panama and the National Police met with 22 people acting as the controversial figure “Bien Cuidao" in Casco, to assess the progress of a pilot training program.

The program was implemented by the Municipality of Panama in an effort to provide tools to these people and provide them with the ability to find a formal job in private industry or government. The program began more than four months ago with a census that indicated that 60 individuals were engaged in activity of caring cars in the Casco. These 60 individuals attended a training course covering themes like Human Relations, Ethics, Values and Entrepreneurship.

of the 60 “Bien Cuidao" only 30 have completed training, 22 are already on the second stage and 8 qualified for a job in the Municipality of Panama. City Mayor Jose Blandon congratulated the recipients who showed willingness to learn a new trade that will offer them assistance in finding “a real job”. He also pledged that anyone who completed all phases of the training would be placed in jobs in the private sector or government.

The mayor of Panama reiterated there would be a total ban on “Bien Cuidao" in the Old Town from March 1 2016,  and said there would be strict sanctions for those who insist on such activity. This pilot will be gradually extended to other sectors of capital district.