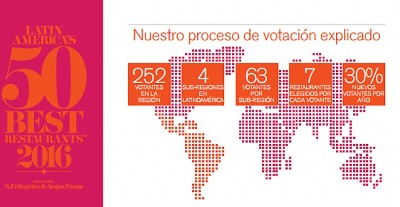 According to a statement issued by the William Reed Media Group, Panama has made the 50 best restaurants in Latin America list for 2016. The prestigious list and event celebrating the winners is considered the "Oscars" of gastronomy.

This is the first time that Panama has made the list with at least one place among the 50 other top restaurants. The restaurants and their rankings will be announced at the 2016 event held on September 26th in Mexico.

Last year Peru was home to the number 1 restaurant. Each year, Argentina, Brazil, Mexico and Peru, dominate the rankings.