A Guide to Better Beer

panama articles food and drink A Guide to Better Beer 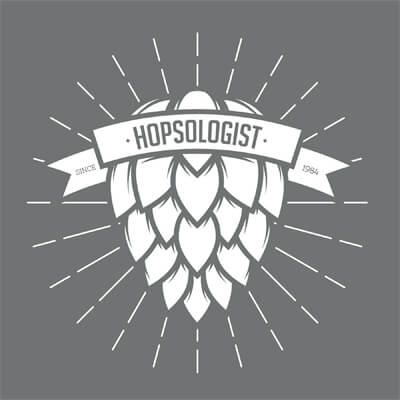 By: Jeff CampagnaVerano is officially here. And with the dry, hot winds and relentless sun, comes increased beer consumption. It's practically a law of nature. Like relativity, thermodynamics, and universal gravitation.

And Panamanians love beer. They love to drink it and they love to sell it. According to Central America Data, it's a $390-million-dollar-a-year industry here.

But it's not just any beer that Panamanians love. It's crappy beer. Entry-level lagers with little-to-no body, high-carbonation, low alcohol levels and bargain-basement price tags. In fact, beer prices in Panama are about 36% lower than anywhere else in Latin America. And while a bottle of Panama or an ice-cold can of Balboa may go down nicely on the sunbaked beach, some want a little more gusto out of their cervesa.

Sir Francis Drake, Casa Bruja, Panama
Red Ale, 5.5%
Tucked in the back corner of a chaotic Costa del Este industrial park is Casa Bruja: Panama's one and only craft beer brewer and bottler. Launched in 2013, the young, hip brewery has made a name for itself across the isthmus and has just announced distribution in the Dominican Republic, making them the first craft beer to be exported out of Panama. Their Sir Francis Drake Red Ale, named after the pirate whose body, according to legend, was laid to rest on the shores of Portobelo is a less bitter, fruitier red ale with a hint of nut and melon.
Available at Rey’s for $2.39 per bottle

Tiniebla, Cerveceria Insurgente, Mexico
Witbier  5.3%
As a “group of rebels dedicated to liberating us from the tyranny of flavorless beer” the folks at Tijuana’s Cerveceria Insurgente have created a subtle, classic witbier. Brewed with wheat and pilsner malt as well as orange peel and coriander to give it a complex and citrusy aroma, Tiniebla pours out of the bottle an amber-golden color with a head that subsides into a low carbonation by the time you take a few sips. With aromas of grain, earth and citrus fruits, and tasting notes of coriander, ginger, bread malt, and citrusy hops, this medium-bodied witbier is perfect for packing a cooler to take-in the summer’s hazy sunsets on the beach.
Available at Rey’s for $2.49 per bottle

Hardcore IPA , Brewdog, Scotland
Imperial India Pale Ale 9.2%
This imperial ale packs in more hops and bitterness that any other beer brewed in the UK. According to its creators, it’s an “extreme beer rollercoaster for freaks, gypsies and international chess superstars.” Brewed just outside Aberdeen in northeast Scotland, Brewdog’s Hardcore IPA pours a deep burnished gold color with a minimal head that quickly fades. As an Imperial IPA (which means it is over 7.5% alcohol) this brew has a nicely balanced strong bitter taste with a thick sweetness to it that, overall, takes some pallet adjustment. With hints of bitter grapefruit and pine, offset by sweet caramel malt, set this big IPA aside for late evenings with friends and family.
Available at Rey’s for $5.19 per bottle

Humboldt Brown Ale, Humboldt Brewing Co., U.S.A
American Hemp Ale 5.7%
Founded in Humboldt County as one of California’s pioneering microbreweries, Humboldt Brewing Company has been turning heads with innovative brewing techniques for the past 26 years. Brewed with toasted hemp seeds that add a unique, herb-accented flavor, this Brown Ale pours out a deep copper-brown color with a rich tan head and leaves hints of caramel malt, chocolate and roasted oats in the mouth. American hops help to create a robust but surprisingly drinkable ale that would go down smooth with a good burger or rotisserie chicken.
Available at Riba Smith for $2.23 per bottle

Longboard Island Lager, Kona Brewery, Hawaii
Lager 4.6%
Paying tribute to the 100-year history of long boarding in the shadow of Diamond Head on Waikiki Beach, this balanced lager from Hawaiian brewery Kona is a smooth, refreshing brew fermented and aged for weeks at cold temperatures to yield a nice, smooth flavor. Light tasting, but slightly bitter throughout to the finish, Longboard Island Lager smells of fruity malts with a tinge of citrus-floral hop and lingers on the tongue with hints of lager yeast and grassiness. Heavily carbonated and crystal clear, this lager is perfect if you’re looking to hit the beach or the pool for the day and want to avoid the paralyzing regret and abdominal bloating that Panama’s national lagers tend to leave in their wake
Available at Rey’s for $2.37 per bottle

Estrella Damm Inedit by Ferran Adria, Barcelona, Spain
Belgian Witbier 4.8%
Created by Ferran Adrià, arguably the greatest chef on the planet, the Inedit recipe evolved over two years and went through some 400 versions. Generously packaged in a sexy 750ml black wine-style bottle, Inedit, which Adria calls the world's "only gastronomic beer” has been specifically designed to accompany food as though it were a refined wine. With a hazy straw color, a two-finger head and flavors of lemon, sweet grains and herbal hops, try this Belgian style witbier with citrus-dressed salads, salty seafood, vinegar-based sauces and bitter vegetables like artichoke.
Available at Riba Smith for $6.33 per bottle