Panama at the 2018 ISA World Juniors The Panamanian team brought surfers in four categories, U18 boys, U16 boys, U18 girls and U16 girls. In the U18 boys category are surfers Luis Carlos Lopez, Diego Goldner and Elliot Perrochon. In the U16 boys category are Tao Rodriquez, Isauro Elizondo and Kai Gale Grani. In the U18 girls are Sarah Sanchez and Andrea Vlieg. Vlieg is also surfing in the U16 girls category along with surfer Isabella Goodwin. The Panama team officials are Raul Stanford and Gary Saavedra. 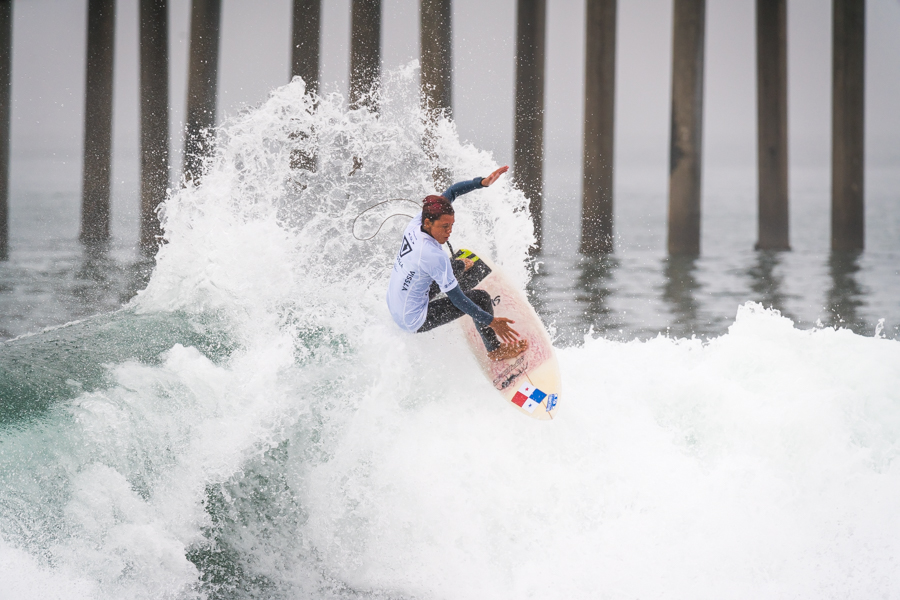 The fourth day brought great conditions for the surfers to gain some excellent scores in both the boys and girls divisions. After today’s results Panama currently sits 23rd out of 44 countries.

With world champions such as Tom Curren, Stephanie Gilmore, and Gabriel Medina having started their careers with ISA Junior Titles, the ISA World Juniors offer young Panamanian surfers the opportunity to become the next top athletes.

What is really exciting is that the next top athletes in surfing will also be Olympians. Another exciting element the ISA Championship brings to light is how much of that talent is female.

This year’s event offered a "gender-equal format", a format world surfing has adopted that offers women and men equal payouts, bringing out more girls than ever.

“It’s super cool that the ISA is implementing gender equality in all their events. Women’s surfing is progressing so much around the world and in England.”

On day three Japan’s Kana Nakashio earned the highest heat total. Her high wave score of 9.17 was matched by Hawaii’s Cole Fry, who also earned the same score in the Boys U-18 Division.

Sophia Medina, the 13-year-old sister of 2010 ISA Junior Champion and 2014 WSL Champion Gabriel Medina, spoke about her goals to follow in her brother’s footsteps during her first participation in the event.

“I am so excited to surf for Brazil for my first time in this event,” said Medina. “My brother Gabriel won this event. I am still young, but I am trying to get better and follow in his footsteps" she said.

The 44 countries and 361 surfers mark a record for the event for the ISA juniors. The event undoubtedly brings to light that surfing is on the world’s mind since it’s inclusion in the Tokyo 2020 Olympics.