What is the cause of the cold water on the Pacific Coast of Panama? Seasonal upwelling! This phenomenon occurs in Panama (and other regions of Tropical East Pacific) each year. Upwelling brings the colder water to the surface typically during the months of February and March. The event coincides with an increase of gelatinous zooplankton (among which are jellyfish). While the relation between upwelling and the increase of jellyfish is unknown, we know one generally means the other!

Read about upwelling, Jellyfish blooms and how to treat a jellyfish sting here!

The exciting part about gelatinous zooplankton is that they are a favorite meal among whale sharks. February & March are the best months to see whale sharks in Panama and the best place to see them is in Coiba National Park, a marine reserve off Panama’s Pacific coast.

The Park made up of  38 islands 430,825 acres of the water that surrounds the islands. The reason it’s so pristine is that there was a prison on the island in the time of Noriega, naturally, fishermen stayed away. The result, live coral and a thriving ecosystem.

The interesting thing about these creatures is that they are actually, fish not sharks. Since the whale sharks feed on tiny plants and animals, and they are often found close to the water’s surface, which means even snorkelers can swim with these beauties. 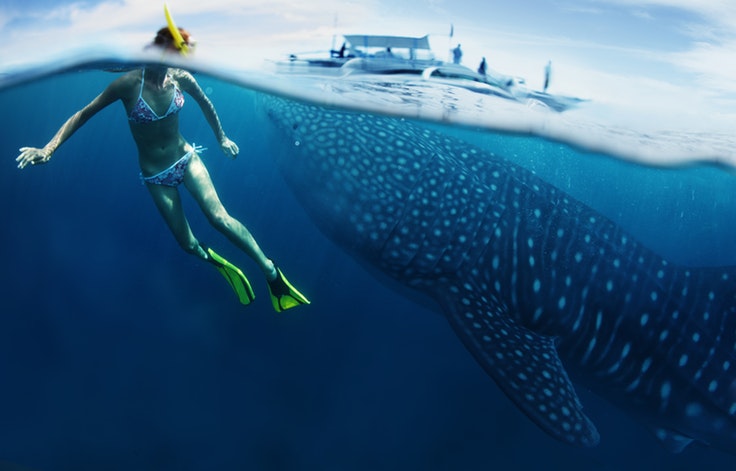