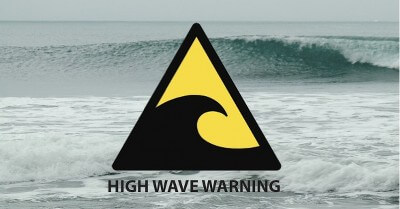 Panama’s National Civil Protection System (Sinaproc) will maintain an alert for the Panamanian Pacific beach towns due the expected swell this week.

While waves are presented throughout the year along the Pacific coast of Panama, they are more frequent between the months of May and November, on the coasts of the Pacific Ocean.

Sinaproc stresses avoiding beaches during this time, due to the possibility of sudden changes in the waves and rising tide, however, if you do plan to visit the beach take precautions.

- Know how to handle rip tides.

Members of the Joint Task Force also recommended suspending classes at Farallón School and moving resources and personnel to the area. However, it is unclear if this recommendation was put into action. The director general of the Sinaproc, José Donderis, recommended: “no swimming on Monday on the Pacific coast”.