Donate to the Panama the Musical Kickstarter 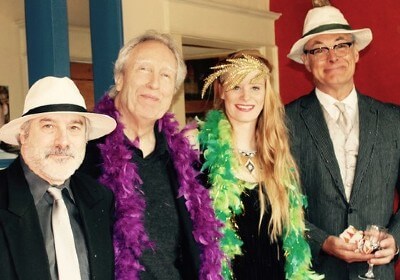 The Panama: The Musical Kickstarter has kicked off with a bang! Of the 88 people that have viewed the Kickstarter video so far, 43 have made a pledge - that's almost 50% of the viewers!

Currently Panama does not have professional musical theatre in English, supporting Panama: The Musical is a way to bring English theatre to Panama. Yolanda Van Der Kolk and T Rob Brown have written a full-length musical in English to be performed at The Wintergarden Theatre in Toronto in 2018. Their goal is to bring their masterpeice to Panama.

The show, called Panama: The Musical, is set in the Panama Canal Zone in 1927 and Casco Viejo. Full of flappers, diablo sucios, diablo limpios and rum-smuggling pirates - Panama: The Musical is is a love story with sexy Latin and prohibition-era dancing.

If you want to see professional English theatre in Panama, support this Kickstarter campaign and make it happen!  Any amount will help - it is the number of people, as much as the financial demonstration that will win the day. You can help in a couple of ways 1) view the video 2) Send it to friends, family & theatre lovers. Click here to view the Panama the Musical video and donate on Kickstarter.

Help them reach their goal, donate!