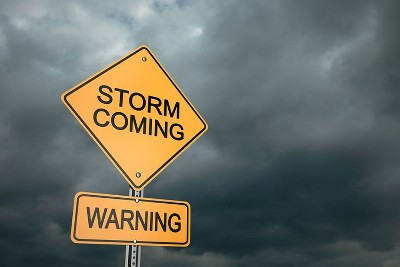 A storm warning as been issued for Panama West, along with most areas coastal regions in Panama, on the Caribbean and Pacific, including Bocas del Toro Chiriqui, Colon, Veraguas, Cocle, Panama and the Darien along with Ngäbe Bugle and Guna Yala regions. The Electricity Transmission Company S.A. (ETESA) issued a notice of prevention at 12:00 p.m. on Saturday following heavy rain and storms with gusts of wind.

According to the Directorate of Hydrometeorological ETESA the thunderstorms with rain are moving across the Gulf of Panama to the coastal strip of areas such as Bay of Panama, Gulf of Panama, Panama Este, Casco Viejo, Cinta Costera, Panama Pacific, El Chorrillo Santa Ana, Calidonia, Veracruz, Arraiján Resume, Vista Alegre.

Warn that heavy rains, capable of producing a large accumulation of water in urban areas, ETESA issued a warning for the flooding of streams, rivers, drains and streets. They recommend that residents of areas near streams and creeks to take precautions and avoid trying to cross through places where water flows quickly or waster depth is unknown.

The public has been asked to follow requests from authroities over the upcoming days especially in costal areas prone to strong winds. Residents should also beware of landslides and fallen trees and take caution by tying down any outdoor patio furniture BBQs etc. to avoid these object from blowing away, causing greater risk and damage.