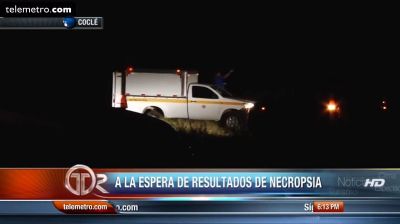 Yesterday, August 8th 2016 it was reported that the body of a man who was killed and dismembered was found in Playa Blanca, Rio Hato over the weekend. While the Public Ministry states the body has yet to be claimed by family, we are receiving information from unconfirmed sources that believe it is the body of expat Victor Crismatt of Crismatt Auto Sales.

As Victor Crismatt was well known in the community, many people have been asking what we know about the incident. While some information is yet to be confirmed, including a positive ID, we would like to share what we have been able find through Panamanian news sources.

In a video published by Telemetro, MP Romel Rosa explained body parts of a person were found in two suitcases, one dark and one red.

These details contradict those reported by TVN which stated that the body was found in three bags, two black and one red.

TVN News correspondent, Elena Valdez, also stated that the victim was a light-skinned man a little over 50 years of age, however we know Victor Crismatt to be a dark-skinned man.

Some details we received are consistent with information from TV sources, which say that the main suspect may have been a relative. Forensic psychiatrist Alejandro Perez reported his fear was that the homicide was committed by a blood relative. The TVN report speaks to the main suspect to be the victim’s son who they say fled the country on Thursday.

Unconfirmed sources have revealed that Victor Crismatt’s daughter is expected in Panama today in order to ID the body. We will continue to update as we have more information.